Get Control Of Your Days

Don’t let your baby’s nap struggles defeat you! Discover my proven, step-by-step guide to getting your little one napping well everyday.

Get Control Of Your Days

Don’t let your baby’s nap struggles defeat you! Discover my proven, step-by-step guide to getting your little one napping well everyday.

Naps: Getting Downtime in the Daytime will: 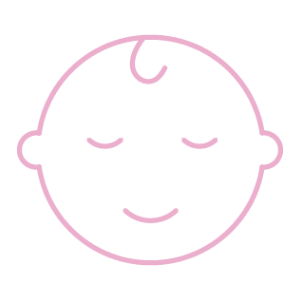 Get your baby napping great

This proven method will get your baby or toddler taking long, restful naps everyday. 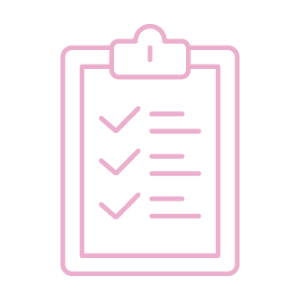 Give you an easy-to-follow daily routine

I’ll show you how to meet your little one’s sleep, activity and nutritional needs everyday. 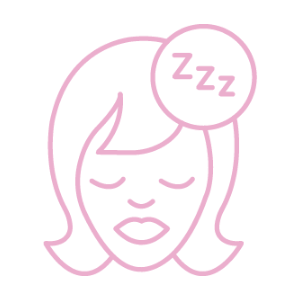 You deserve downtime to clear your head, get stuff done and feel more in control. Let’s make it happen!

Introducing “Naps: Getting Downtime in the Daytime”

Your proven, step-by-step guide to getting your baby taking long, restful naps everyday

Imagine if a medical professional (& mom) handed you a simple, step-by-step guide to get your baby napping amazingly.

A guide that considers your baby’s age, unique temperament and your parenting style.

A plan that lets you choose the best approach and doesn’t force you into something you’re not comfortable with.

An exact blueprint that your partner, grandparents & the babysitter can easily stick to, giving you the break you deserve.

I used to be trapped in the obsessive cycle of chasing my baby’s short, erratic naps until I discovered a better way…

In 2014, after struggling for many months on little sleep, I taught my baby to sleep through the night. It was nothing short of a miracle. Literally overnight, I felt energetic and happy again.

There was just one pesky problem. She couldn’t nap. Her naps were never longer than 45 minutes. I’d get her to sleep, and like clockwork she’d wake 45 minutes later.

It was so frustrating! I barely had time to clean up, have a snack and clear my head before she’d wake up.

I moved her naps earlier, then later. Nothing changed.

The only way I could get her to take a long nap was to wear her in the baby carrier or go for a long stroll outside. This wasn’t ideal in 90 degree summers! Plus, I had a million jobs to get done and nap time was my only downtime.

If I lay down with her, she’d sometimes nap for an hour. But napping with her several times a day made me feel lazy and guilty about all the things I should have been doing (like laundry, dishes, cooking and exercising.)

Although she slept great at night, two short naps made her fussy during the day. I felt like I was failing her by not giving her enough daytime sleep.

I became so obsessed with her nap schedule that I avoided catching up with friends. No one understood that how my baby napped could make or break my day. Other moms seemed to be taking everything in stride. Letting their babies nap in the car or stroller, but it just didn’t work for us. I needed my baby to nap at home, in her crib, so I could get time alone. I needed this to be a happier, more relaxed mom.

The sleep training books told me to have a strict nap schedule. But that over-tired my baby, causing a melt down during dinner every night. Instinctively, I knew that she needed a more flexible schedule.

When you can’t find what you need, you create it! I threw out the rigid advice and created a flexible, personalized nap training program for her. One that considered her age, sleep needs and a way to get her napping in the crib.

It worked! Suddenly she was napping over an hour, twice a day! I felt rejuvenated, productive and more in control. And having a well-rested baby helped us enjoy our awake time more.

And you know what, it wasn’t that hard. I just needed a clear plan and the confidence to make it happen.

Sleep is important. But being a parent is about so much more than helping your baby nap.

Together, we can get your little one napping great everyday, so you can get stuff done AND have the downtime that every parent deserves. 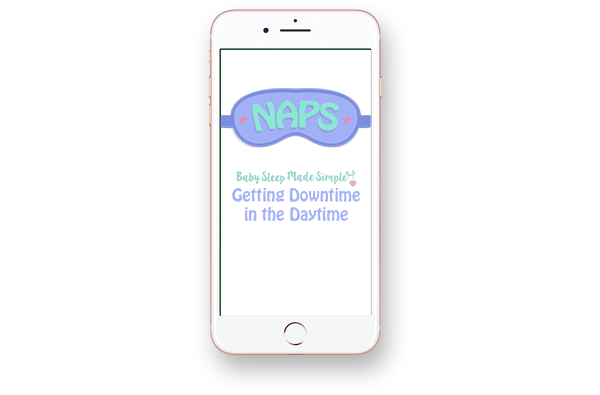 After you join you get immediate access to the online lessons.

You can view these lessons whenever you want, as many times as you need. 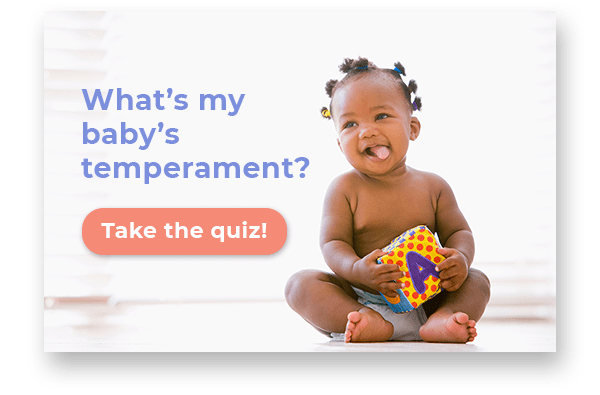 Take my baby personality quiz and find out how to adapt nap training to suit your individual baby. 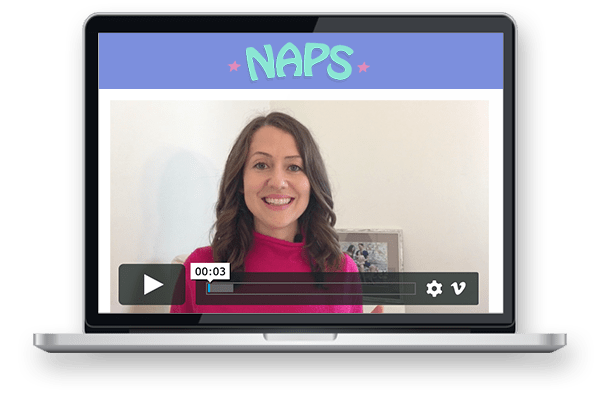 Each lesson has short videos and visual guides, that are  super simple and easy to follow.

The lessons show you exactly what to do, so your baby can start napping better. 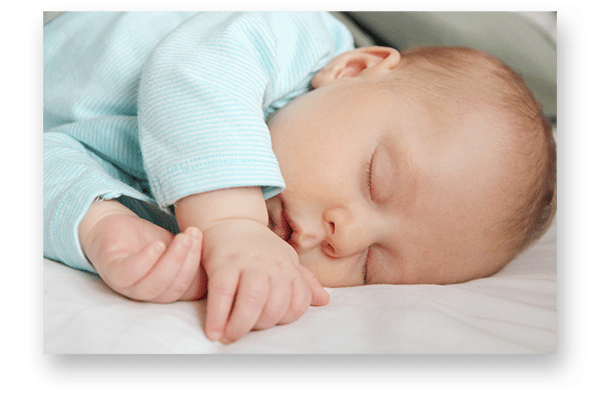 I offer several safe and proven step-by-step nap training methods, allowing you to pick the one that’s right for your family. 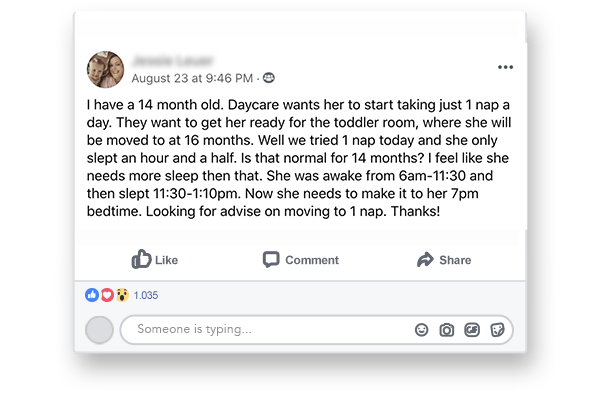 When you have a question post it in our Facebook Support Group and get personalized advice specific to your baby from Jilly and the support team, 7 days a week.

(Not available with the ‘Do It Yourself’ option) 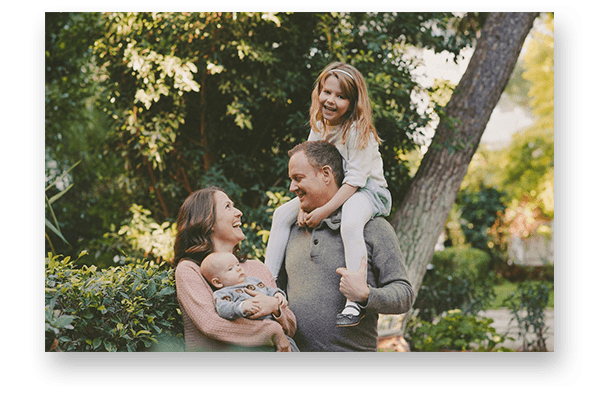 Created by a Neonatal Nurse, Lactation Consultant and Mom of two amazing sleepers.

Here are your options

Get all the information, advice and support you need to get your little one napping great.

I need to get my baby sleeping through the night AND napping well. Is this the right program for me?

No. 😁 When teaching babies to sleep well, we always begin with night sleep. I don’t believe in “crash course” sleep training both day and night. I’ve found that you’ll end up with a cranky, overtired baby that refuses to sleep (and you’ll probably give up.)

Instead, we focus on getting babies sleeping through the night first. Once your baby is sleeping great at night for two weeks, then I recommend you begin nap training with this program.

Click here for my program that shows you how to get your baby sleeping through the night.

What ages is this program for?

Naps: Getting Downtime in the Daytime starts at 6 months old and goes all the way through your preschooler dropping a nap at 3-4 years old.

It’s difficult to get babies younger than 6 months napping “like clockwork.” That’s why the program starts at this age.

I recommend that children younger than 3 years old nap in the crib. It’s the best way to guarantee consistently great naps.

Does your program promote Cry-It-Out?

This program has four nap training methods for you to choose from, depending on your baby’s age, temperament and your parenting preference.

One of the methods is called “Limited Tears.” I can’t promise zero tears. (And honestly I don’t think anyone can.) But I can promise to show you how to slow down the method to minimize your baby’s resistance and crying.

Plus, with 3 of the methods you stay with your baby while you show him/her how to nap well. You don’t have to leave the room if you don’t want to.

It’s important to know that you should expect your baby to resist or fuss when making changes to their sleep routine. He or she won’t initially understand what’s going on. But you can stay with your baby and slow down the process to minimize resistance and crying.

How can you guarantee that this will work? What if it doesn’t?

I offer 4 different pathways for parents to take (from gentle & gradual to quick & efficient.) My approach is customizable and based on your baby’s personality, adaptability, age and energy levels.

Only a small proportion of parents (3%) don’t get the results they want. And when I follow up with them, they tell me it’s because they couldn’t stay consistent with the program or they didn’t agree that sleep training was necessary.

To put your mind at ease, and because most of us parents have limited resources, I offer a 30-Day 100% Money Back Guarantee. There’s no reason to not try it out!

I co-sleep with my baby. Will your program help?

Naps: Getting Downtime in the Daytime shows you how to get your little one napping in the crib. If you currently share a bed with your baby, the program guides you through getting your baby to happily accept sleeping in the crib.

I highly recommend that you get your LO sleeping in the crib at night before beginning nap training. That’s because it tends to go much easier and quicker when your baby sleeps independently (and through the night.) Here’s my nighttime sleep training program that can help you transition from co-sleeping to the crib.

How long will it take to see results?

This depends on your baby’s personality and the method you choose.
My quickest method usually takes about one week for your little one to start taking long naps everyday.
My “middle of the road” methods take 1-2 weeks.
And my gentlest, slowest method might take several weeks to see big results. This is because we undo one sleep association at a time.

Just want to report that after about a month of nap training, our girl has got it down!

What a delicious feeling being able to go through our peaceful pre-nap routine, put her down and walk out, and sit down with my coffee for some mommy time – and no crying to be heard!

We’re at 9 months, perfect 2 naps per day schedule and sleeping so well.

Thank you Jilly and crew, I am one satisfied mama.

Jilly and the BSMS team are absolutely phenomenal at what they do. We have had so much success with the nap training program. It sorted out our early morning wake ups too.

My little guy is much happier now that he gets enough sleep and having predictability and downtown during the day makes me a much better mom to my son.

Nap times are no longer a big stress in my house but a time to look forward to. My son even seems to fall happily out of my arms and into his cot every nap time.

Thank you to the BSMS team, you have changed my life for the better!

Dive straight into the feedback!Login below and you can start commenting using your own user instantly