How are SIDS and Sleeping Position Related? 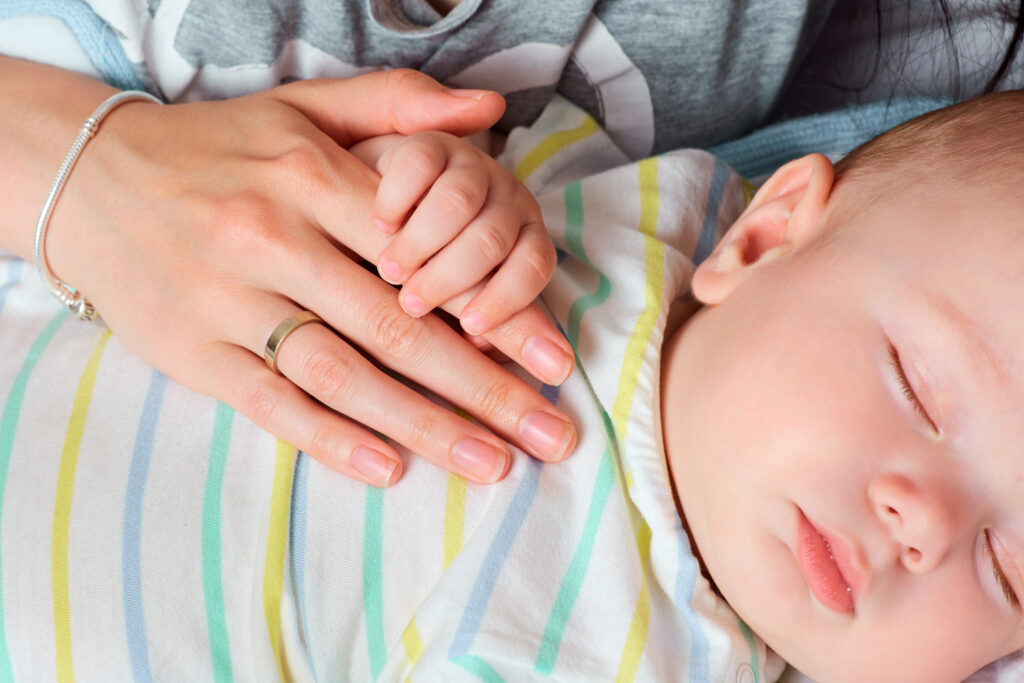 Want to know the single most important thing you can do to keep your baby safe while sleeping? Change his sleeping position!

What if he’s sick? Or sleeps better on his stomach?

This article will tell you how sleeping position is related to SIDS (Sudden Infant Death Syndrome) and give you tips on how to get your tummy or side sleeper comfortably back sleeping all night.

How are SIDS and sleeping position related?

Babies that sleep on their backs have a 50% reduced risk of dying from SIDS compared to stomach and side sleeping position.

This makes back sleeping the single most important action that parents can take to keep their baby safe while sleeping.

The first research in favor of back sleeping came out of New Zealand decades ago. Since then a multitude of studies around the world all show the same results: back sleeping is safest!

Why is SIDS related to stomach and side sleeping positions?

We don’t yet know exactly why back sleeping has such a lower risk of SIDS compared to sleeping on the stomach.

It is known that babies sleep deeper on their tummies. But this also puts them at risk of missing protective signals to wake in the early months. Babies often sleep lighter when lying on their backs, but that’s exactly what keeps them safe!

Many parents are concerned that their baby might choke if he vomits while lying on his back.

The National Institute of Child Health and Human Development (NICHD) assures us that there has not been an increase in choking deaths since back sleeping became recommended over 20 years ago.

They also say the danger of side sleeping is that babies often roll from their sides onto their stomachs. A young baby that isn’t yet rolling independently may not be able to reposition himself into a safer sleep position.

Items that are marketed as sleep products, like wedges or sleep positioners are not recommended because they can entrap your baby.

According to NICHD, tummy sleepers are less reactive to noise, move around less and experience longer bouts of deep sleep compared to back sleepers.

Sounds like a parent’s dream right? The problem is that since it takes more to rouse stomach sleepers, they may miss protective and instinctive signals to wake.

My baby sleeps lighter on his back. I want him to sleep well.

Here’s how to help your baby sleep well on his back:

For babies that aren’t yet rolling, swaddling is very soothing and often leads to long sleep stretches. That’s because it mimics the tightness of mom’s womb, which was safe and cosy for nine months.

Swaddling also prevents jerky arms and legs from waking your baby. Many of my clients report that their babies slept much better after transitioning to the Miracle Blanket or SwaddleMe.

Love To Dream Swaddle UP

Woombie Grow with Me Baby Swaddle

Make sure to give it several tries before you decide that your baby doesn’t like swaddling. It really can be the instant cure for longer sleep!

Start by swaddling with baby’s arms out for a few sleeps then swaddle with arms in, so it’s not such a drastic change for your baby. And remember that a swaddled baby must always sleep on their back.

Once your baby shows signs of trying to roll, it’s time to stop swaddling. You don’t want your swaddled baby accidentally rolling to her stomach.

If your baby is already rolling and can’t be swaddled, try a transitional blanket like the Zipadee Zip. It’s a favorite among babies that loved being swaddled. It has slight restriction in the arms, which helps baby feel secure while having the freedom to roll. It’s safe for your baby to wear long-term.

2. Give your baby boundaries

If your baby is used to sleeping on her stomach (or on your chest) then she’s used to feeling the boundaries of her sleep space. Placing her in the middle of the crib, on her back, means she suddenly can’t feel any boundaries. This can feel unsettling, almost like she’s floating in the ocean!

If your young baby isn’t yet rolling, have her sleep in a bassinet (on her back.) This small and cosy sleep space provides an easier transition for your little one. When she moves around she’ll feel the sides of the bassinet, helping her relax and sleep well.

If your baby is already rolling, have him sleep in a crib. But rather than placing him in the middle of the crib, place him so his feet touch the end. That way he can feel some of the boundaries of his sleep space. 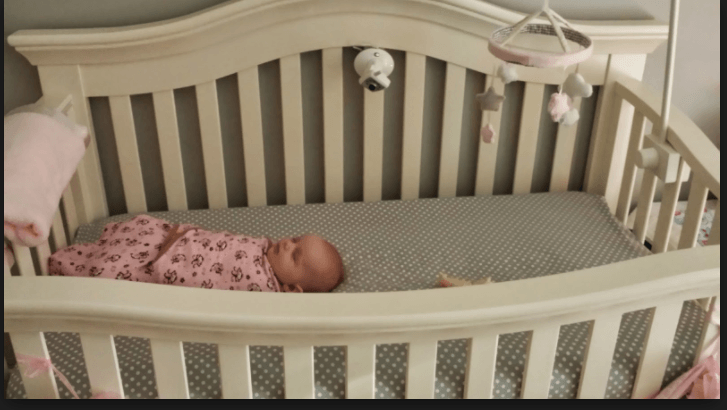 And obviously remove mobiles, stuffed animals and extra blankets from the bed.

Sucking is a natural soother for babies and studies show that pacifier use decreases risk of SIDS. Once breastfeeding is established, pacifier use should not compromise a healthy breastfeeding relationship. If you’re breastfeeding, you can try the MAM brand pacifier which resembles the shape of mom’s nipple.

White noise has been proven to help people of all ages sleep deeper and longer. It’s especially useful for babies because it resembles the sounds from in utero life. Remember, the womb was a loud, tight space. So playing white noise and swaddling your baby will remind him of the womb, helping him relax and sleep well!

White noise also blocks out sudden environmental noises that might wake your baby, like a barking dog or older sibling. You can use a free app or buy a sound machine. Just make sure you use the white (or pink) noise option. Consistent ambient noise works best. Settings like “waves” or “rain” provide inconsistent sound, which could distract from your baby from deep sleep.

In addition to swaddling your baby in the bassinet (or crib) while playing white noise and offering a pacifier- you also need to follow age-appropriate sleep tips. Sometimes all it takes is adjusting your baby’s awake times or tweaking bedtime to help your little one start sleeping better.

My sleep guides below are filled with advice to help your young baby sleep better.

Sleep Guides from Newborn to 6 Months

RELATED: How to Transition from Crib to DockATot

Babies can learn new sleep habits in a matter of days. But it requires parental consistency and confidence.

If you start placing your baby on his back for each and every sleep, he will become used to sleeping this way. When it’s his only option, he will adapt.

Do I need to reposition my baby if he rolls onto his stomach?

First, ask this question to your baby’s doctor to get advice for your specific baby.

In general, once babies are rolling independently from stomach to back (and vice versa) you don’t need to worry about rolling in the night. If your baby is able to get himself into (and out of) a new sleep position, it’s ok to leave him. This milestone usually happens around 6-7 months old.

But, you should still place your baby to sleep on his back at the beginning of each sleep until 12 months old.

What if my baby is sick?

The Children’s Hospital of Philadelphia states that babies that have a cold or flu are at a slightly higher risk of SIDS, so it is especially important that they sleep on their backs while ill. You may find it comforting to sleep in the same room as your baby during this time.

RELATED: How To Get Your Newborn On A Sleep Schedule

Is it ok to let my baby sleep on his stomach on rare occasions?

The NICHD warns that babies who normally sleep on their backs are at a higher risk of SIDS when placed on their stomachs.

You should let all of your baby’s caregivers know about the importance of the back sleeping position.

How can I make my baby’s nursery safe?

Make sure to check out our post How to create a safe baby sleep space.

Got any of your own helpful tips to share? Tell us in the Comments below.

Dive straight into the feedback!Login below and you can start commenting using your own user instantly